ScoutDI carried out an inspection of a slop tank onboard the FPSO SKARV while it was in operation in the North Sea. Here we faced the challenge of drone operations in environments where there is an explosion risk.
Maritime | Oil and Gas


Skarv is a Floating Production Storage and Offloading (FPSO) vessel is facility equipped for the treatment of hydrocarbons from sub-sea oil wells or nearby platforms. The crude oil products are brought on board for processing via pipeline and offloaded via shuttle tanker of delivery pipeline and the FPSO provides a flexible solution without the need to install infrastructure at the site.

Any of the cargo tanks on board the vessel can be designated as a slop tank, and it would be used to collect any draining fluid, tank washing runoff and other oily mixtures. This means that there is a possibility of airborne hydrocarbons particulates and gasses and a potential risk of explosion. Safe operation is number one priority to operators of such vessels and these areas would normally be a no-go zone for the operation of drone equipment as there are currently no ATEX certified drones on the market. After an extensive risk assessment including a safe job analysis the Scout 137 system was deployed under a hot work permit in a cleaned and ventilated tank. 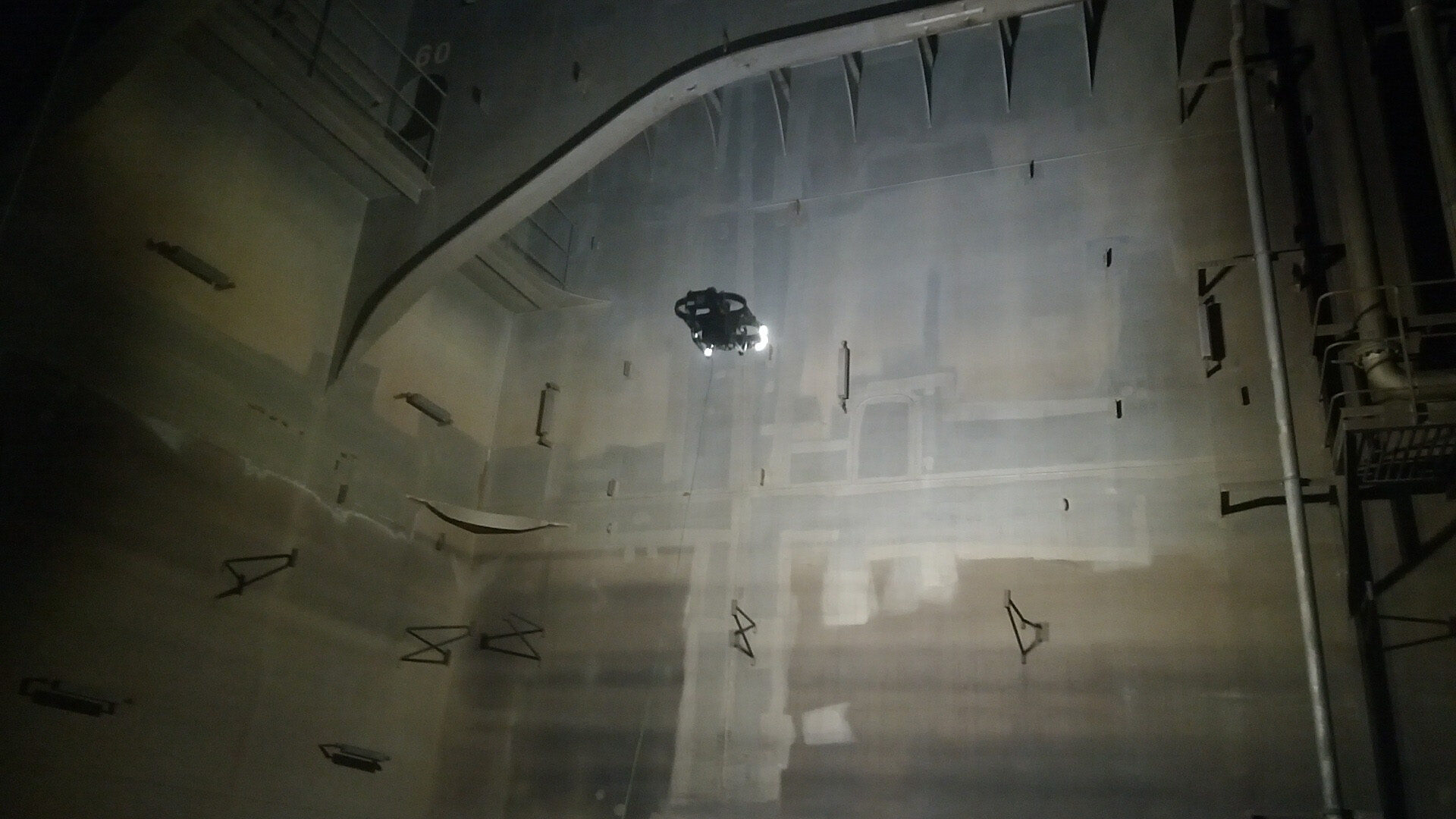 As an extra safety measure and in collaboration with a third-party testing laboratory, we wanted to ensure that the drone system is not an ignition source during normal operation (no failure modes). This was demonstrated by placing the equipment (drone and ground station) a test chamber where a 4-7 vol% propane atmosphere was introduced (note: the lower explosive concentration (LEL) and upper explosive concentration (UEL) are 2.1 vol% and 9.5 vol%, respectively). The equipment was operated safely, including switching on and off, for an hour without risk of atmospheric ignition.

There are two key characteristics of our tethered drone system that contributes to safer operation within such environments compared to battery powered drones:

“ScoutDI is the most forward thinking drone technology company we have dealt with and we have a great dialogue with them regarding product development. They also have heavyweights such as DNV and Equinor standing behind them which put ScoutDI at the forefront of the industry”

In such environments where there is a residual risk for gas leaks, the design decisions behind the externally powered Scout 137 showed their worth. We were able to demonstrate that, in normal operation, the Scout 137 was not an ignition source risk when lab tested in an explosive atmosphere and we could carry out a visual inspection of the vessel’s slop tank.

While this does not equate to ATEX certification, which needs to address scenarios with potential failure modes, we continue to work with our industrial partners to develop the technology, tools, and processes for safer drone operations in these types environments. 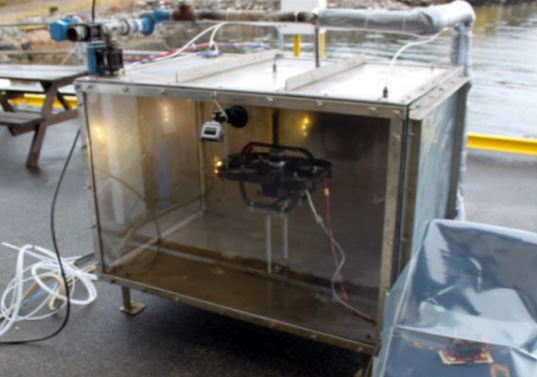 Testing under realistic conditions in normal operation allowed us to de-risk the operation prior to the inspection on board Skarv.

Get started with the Scout 137 Drone System!

Let's find out how our product fits your business. Submit the form and let's get started! 👍

The Scout 137 Drone System has been specifically designed to give you control, coverage, and situational awareness for your confined space inspection activities.

The Scout Portal is a powerful cloud-based tool for the live-streaming, capture, storage, and analysis of data for your confined space inspection needs.

This website uses cookies to improve your experience while you navigate through the website. Out of these, the cookies that are categorized as necessary are stored on your browser as they are essential for the working of basic functionalities of the website. We also use third-party cookies that help us analyze and understand how you use this website. These cookies will be stored in your browser only with your consent. You also have the option to opt-out of these cookies. But opting out of some of these cookies may affect your browsing experience.
Necessary Always Enabled
Necessary cookies are absolutely essential for the website to function properly. These cookies ensure basic functionalities and security features of the website, anonymously.
Functional
Functional cookies help to perform certain functionalities like sharing the content of the website on social media platforms, collect feedbacks, and other third-party features.
Performance
Performance cookies are used to understand and analyze the key performance indexes of the website which helps in delivering a better user experience for the visitors.
Analytics
Analytical cookies are used to understand how visitors interact with the website. These cookies help provide information on metrics the number of visitors, bounce rate, traffic source, etc.
Advertisement
Advertisement cookies are used to provide visitors with relevant ads and marketing campaigns. These cookies track visitors across websites and collect information to provide customized ads.
Others
Other uncategorized cookies are those that are being analyzed and have not been classified into a category as yet.
SAVE & ACCEPT
Powered by